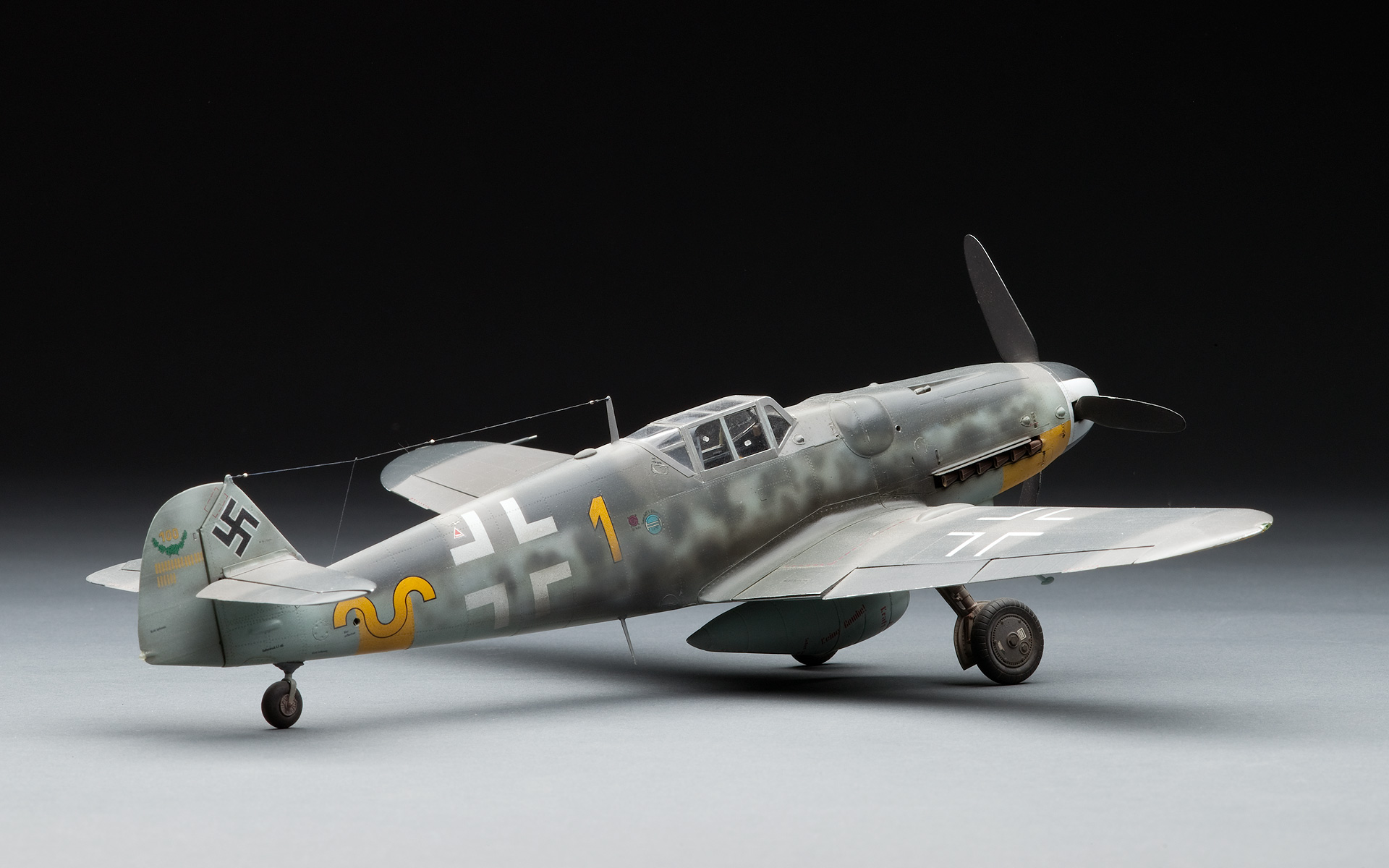 This Me-109 G6 was constructed from a Hasegawa kit, of which less than a quarter was used, as so much had to be changed due to many errors. As most of the fuselage was incorrect, it had to be rebuilt using carbon fiber molds using a closely replicated 1/32 wooden fuselage. It is covered with aluminum sheets to simulate the realistic look of metal used on the real airplane. To assist the build of this model over 300 photographs were used of completely disassembled Me109 G6, which was found in Kola Peninsula, and now rests after a full restoration in the Aircraft Museum in Ottawa, Canada. 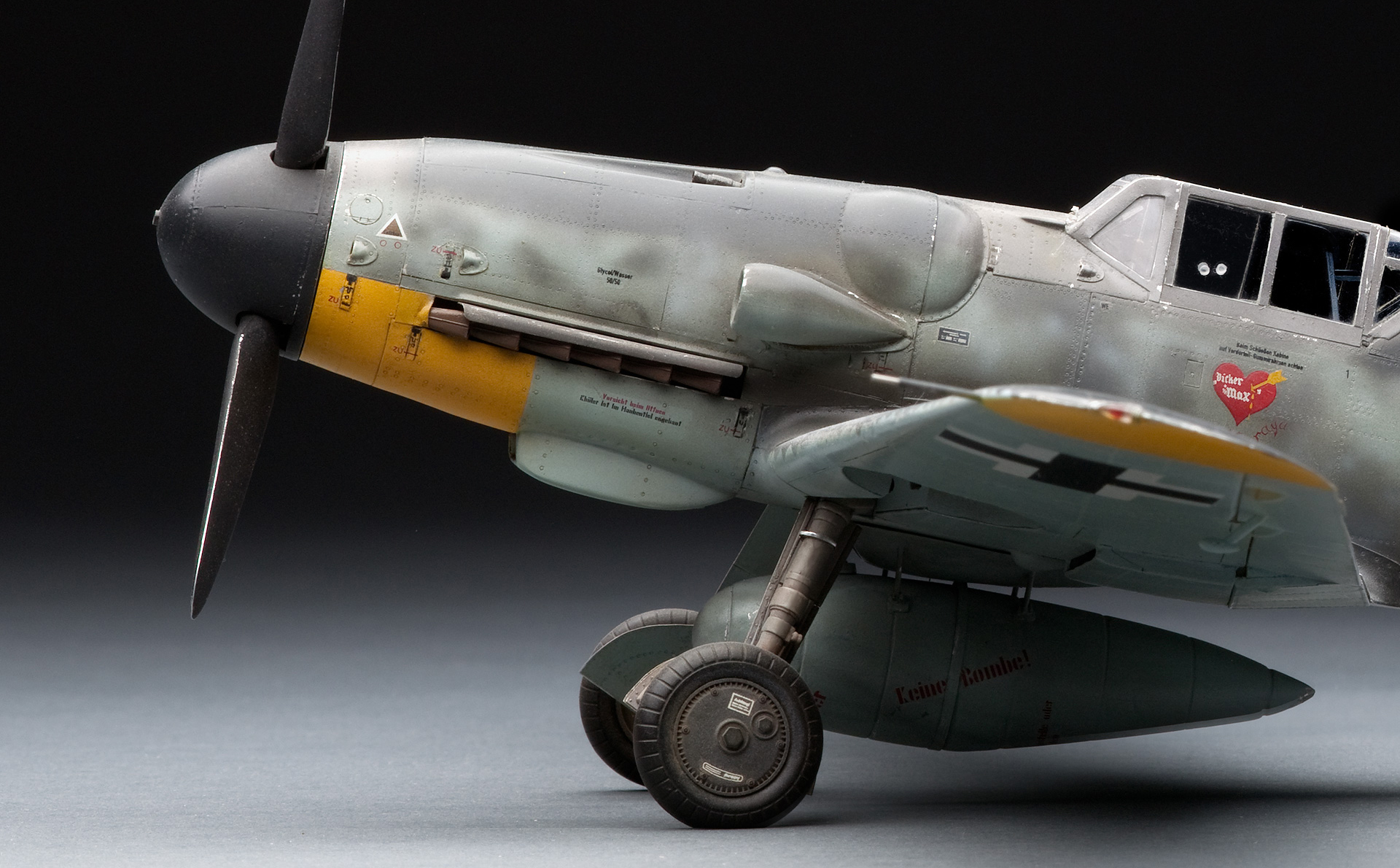 Numerous factory blueprints and more than 100 volumes were also put into effect to correct all of the mistakes many other blueprints had. The ailerons and rudder are all covered with Chinese silk, on top of hand-crafted aluminum parts to produce a very realistic effect. The cockpit canopy was built using a handcrafted one piece aluminum frame with extremely thin moulded Plexiglas, with each part of the window being separate. The entire kit cockpit was discarded and a more accurate, scratch built, from many references. 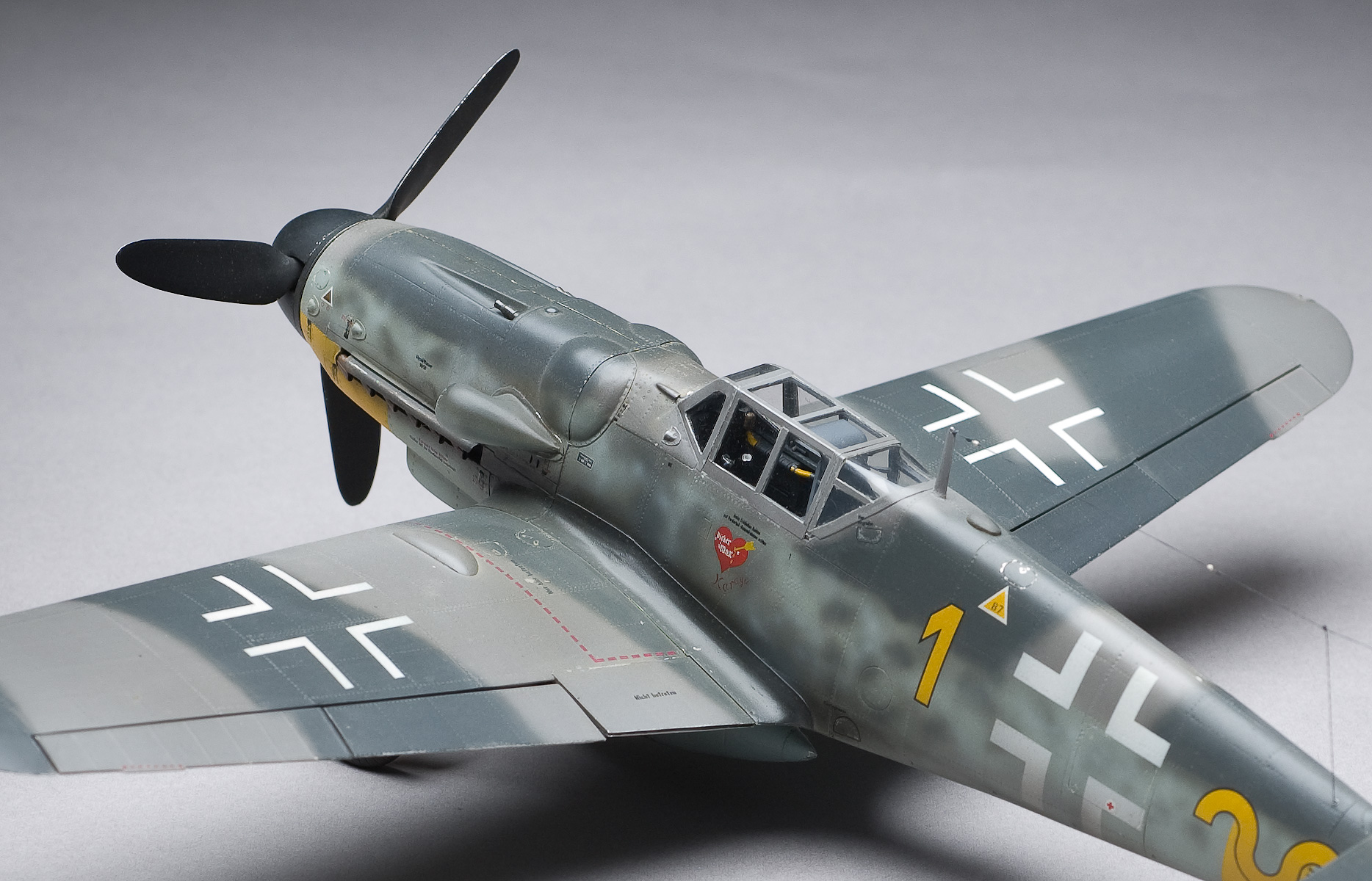 This model was finished using Tamiya acrylic paints along with various Nitro paints. Virtually no decals were used in the finishing stages, 90% of the markings are stenciled using an airbrush. The research for this model took almost a lifetime, but the compiling of resources took about a year before the build. The actual build of the model took roughly two years. This 1/32 Me-109 G6 won a gold medal at the last 2006 IPMS Calgary show. 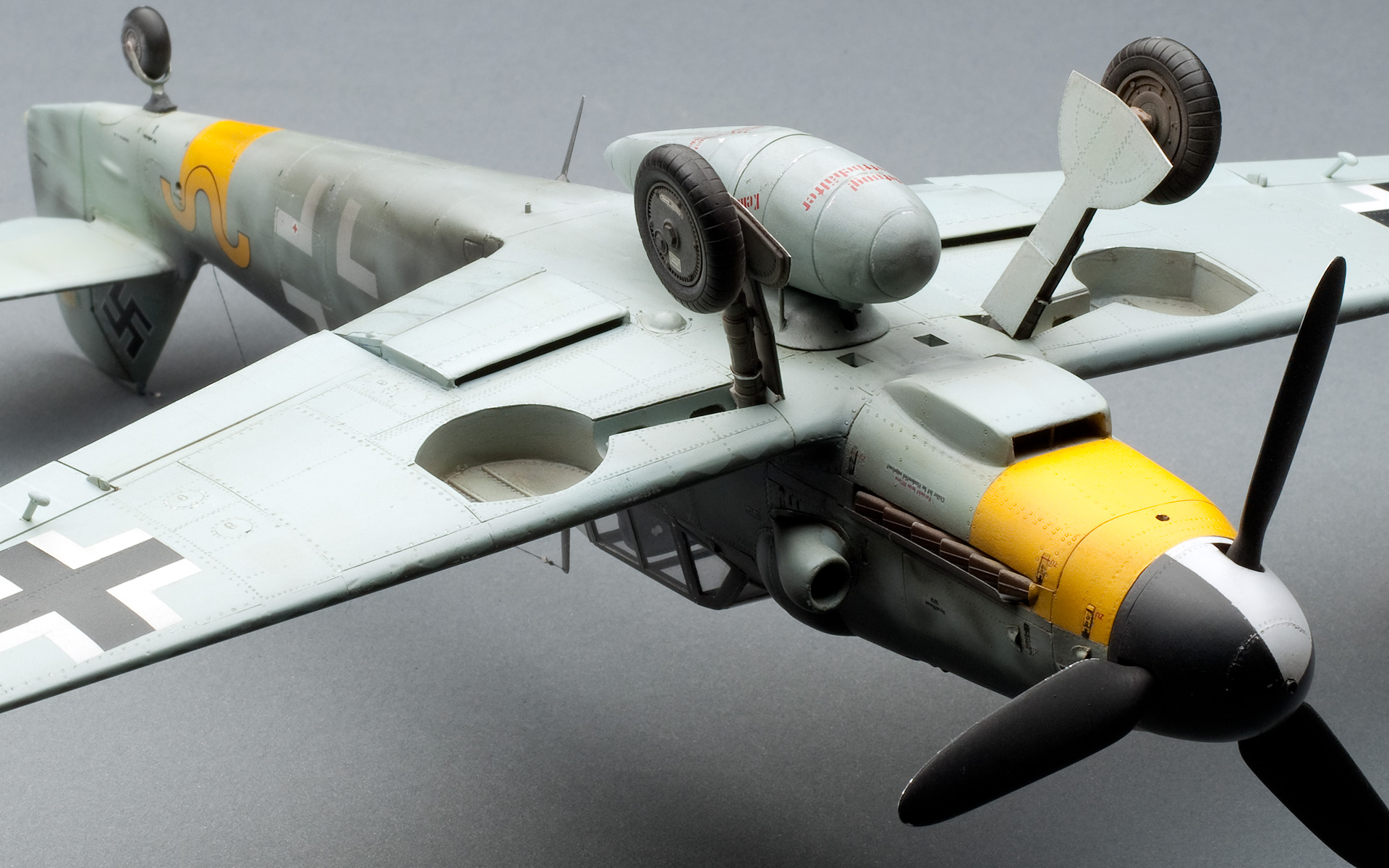 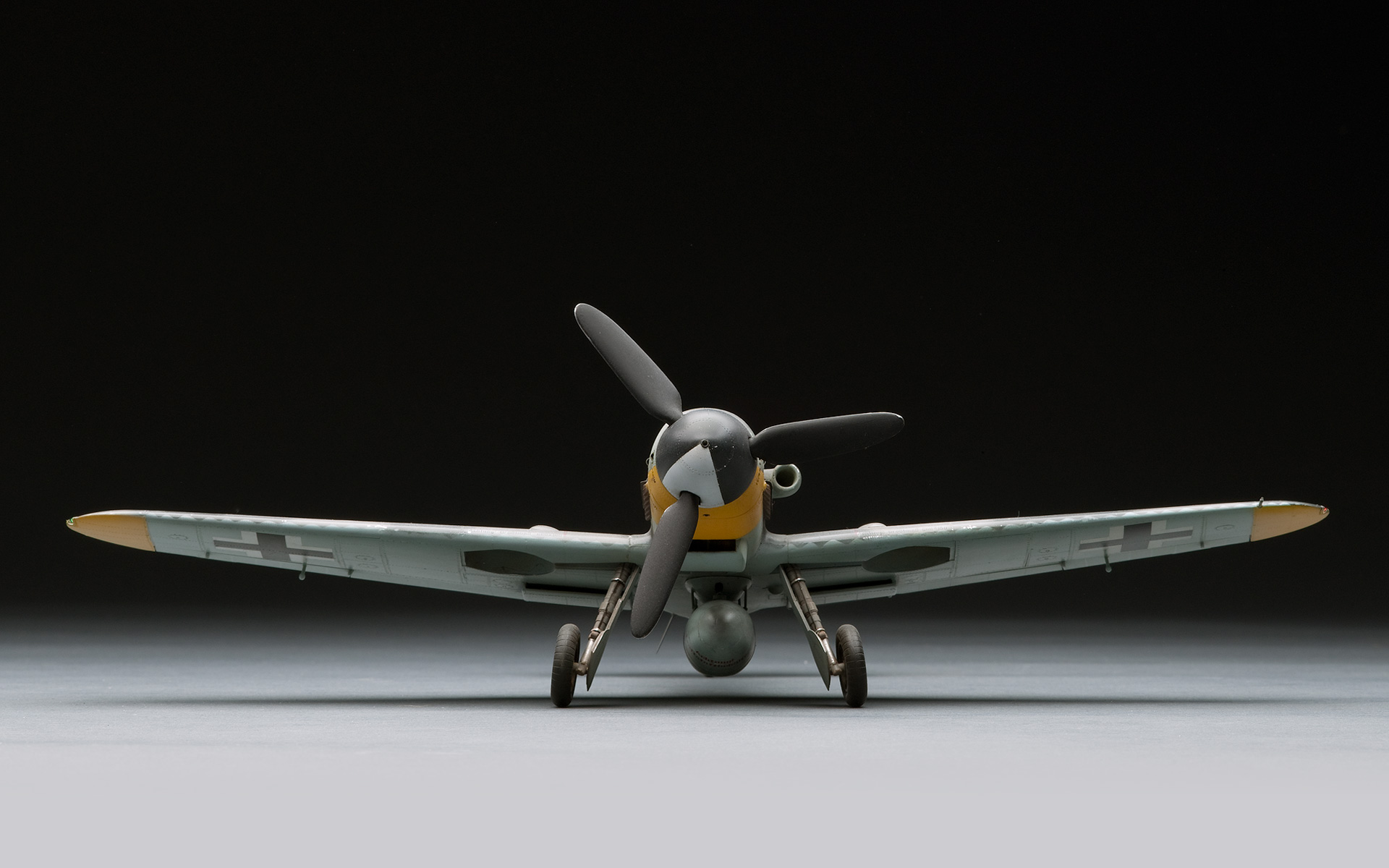 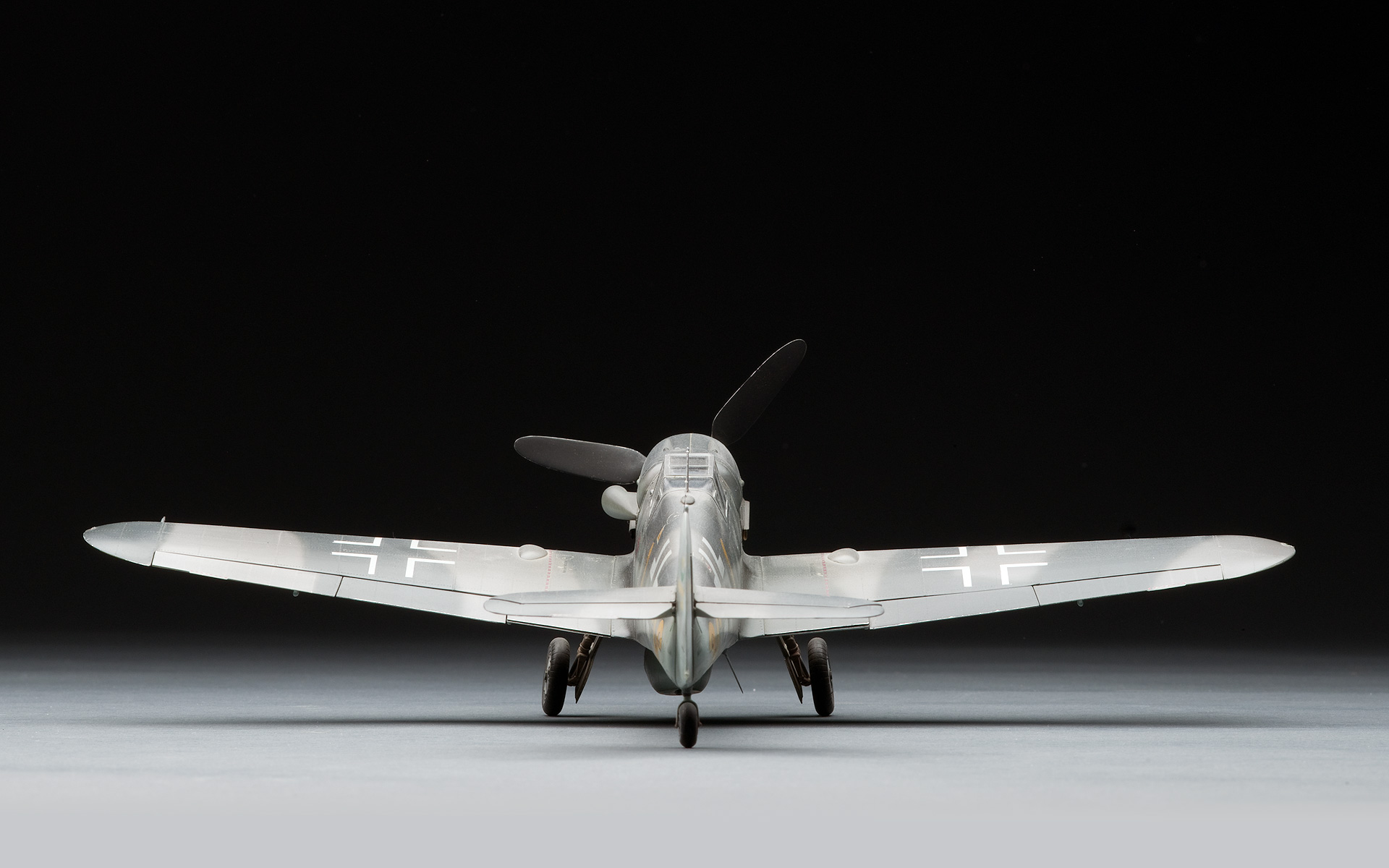