This article is a work in progress – check back for updates. 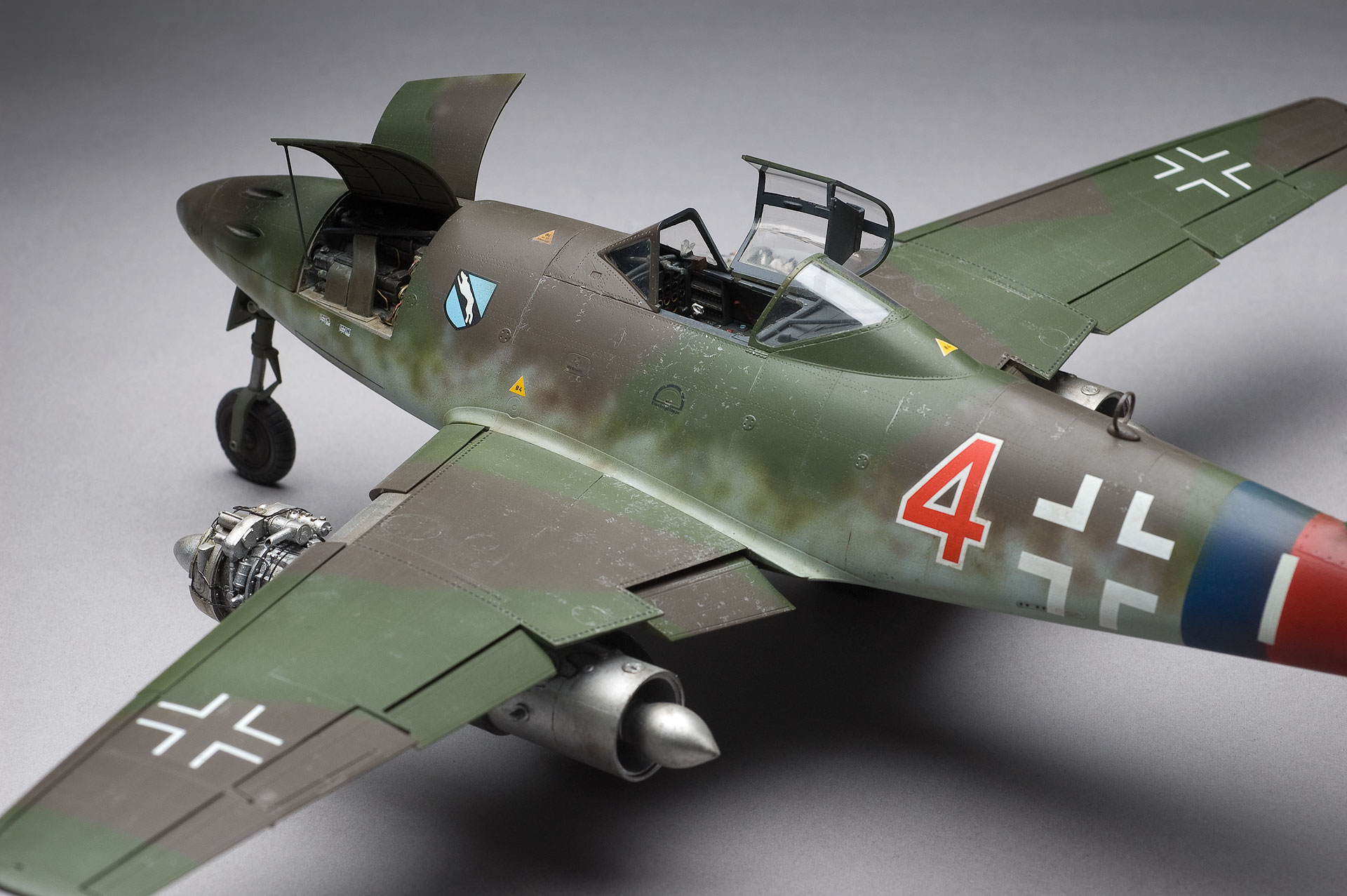 The Messerschmitt Me 262 Schwalbe ("Swallow") was the world's first operational jet-powered fighter aircraft. Design work started before World War II began, but engine problems prevented the aircraft from attaining operational status until mid-1944. Compared with Allied fighters of its day, including the jet-powered Gloster Meteor, it was much faster and better armed. 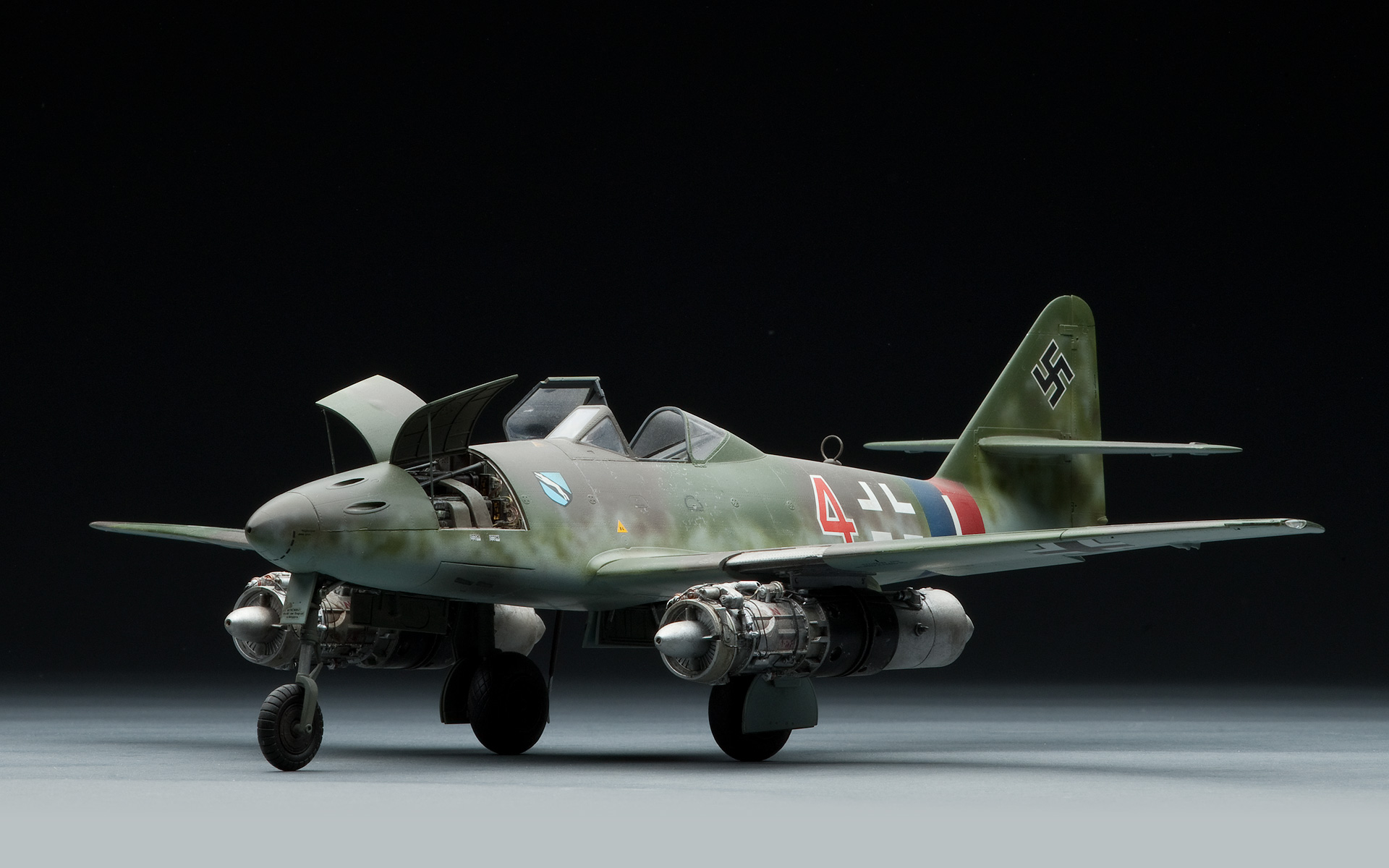 In combat, when properly flown, it proved difficult to counter due to its speed. Me 262 pilots claimed a total of 509 Allied kills (although higher claims are sometimes made) against the loss of about 100 Me 262s. The design was pressed into a variety of roles, including light bomber, reconnaissance and even experimental night fighter versions. 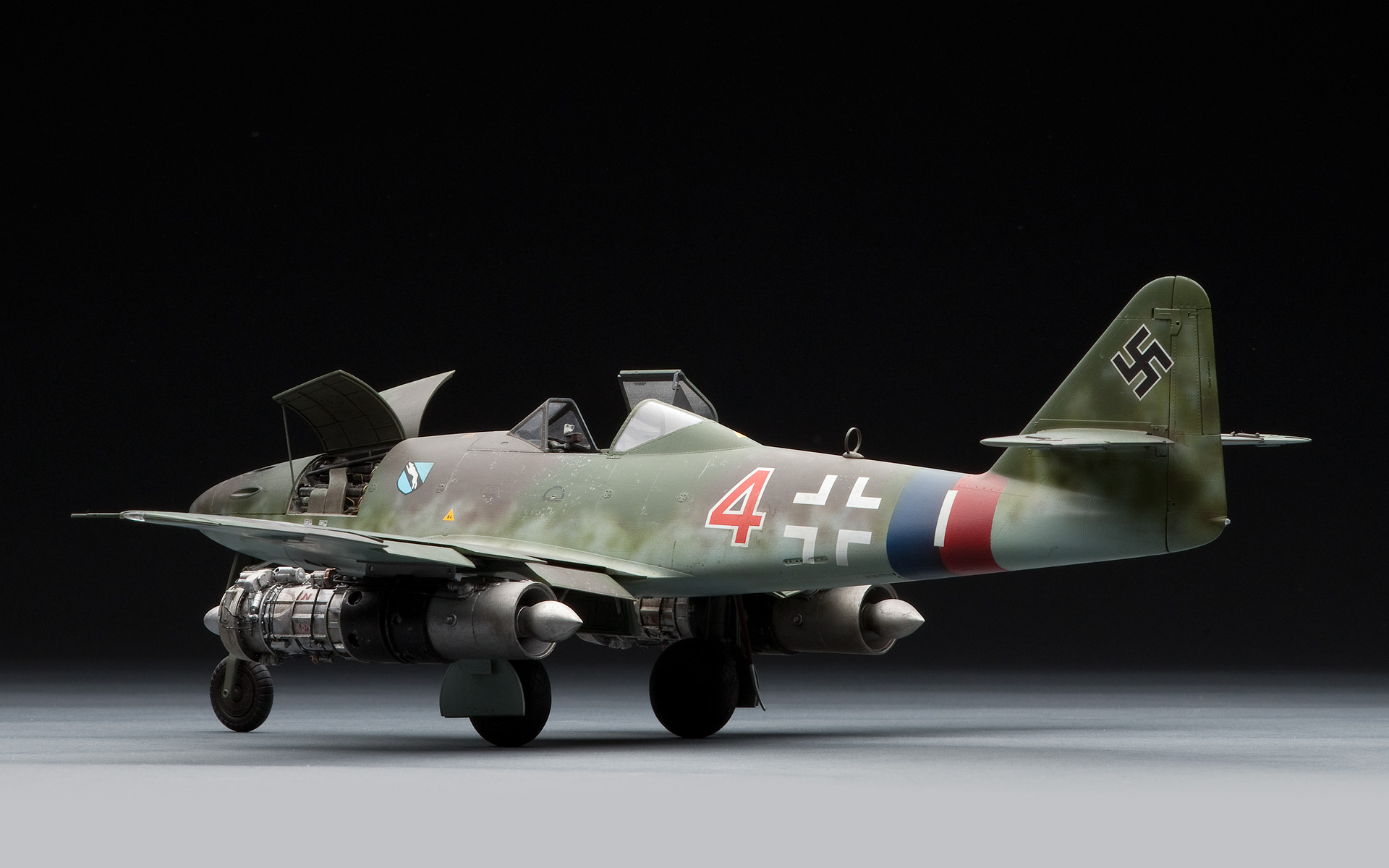 The Me 262 is considered to have been the most advanced German aviation design in operational use during World War II. The Allies countered its potential effectiveness in the air by relentlessly attacking the aircraft on the ground, or while they were taking off or landing. Maintenance during the deteriorating war situation and a lack of fuel also reduced the effectiveness of the aircraft as a fighting force. In the end, the Me 262 had a negligible impact on the course of the war due to its late introduction and the small numbers that were deployed in operational service.

The Me 262 influenced the designs of post-war aircraft such as the North American F-86 and Boeing B-47.